A rare flash of honesty from the Clintons: “We’re going to take things away from you on behalf of the common good.”

Cool: Textalyser, a free online text analysis tool. Among other things, it will analyze the complexity and readability of any text or website.

The world’s first private manned space flight is scheduled to start tomorrow, at 6:30 AM P.D.T. I don’t know about you, but I plan to watch it live on MSNBC.

Do you remember the NASA scramjet test a few months ago? That was model rocketry compared to this. This is history folks, and if a successful flight can tap into the American spirit sufficiently to launch an era of private space exploration, you students might be around to tell your grandkids on Luna 3 about witnessing this event.
The challenge facing space exploration today is not technical – that problem was solved 43 years ago. Today’s challenge is philosophical – a question of whether the spirit that powered the Wright Brothers on a windy day in 1903 has sufficiently resisted creeping statism, collectivism, and mysticism to soar once again.

Charles Krauthammer: “While no one was looking, something historic has happened in the Middle East. The Palestinian intifada is over, and the Palestinians have lost.”
There are some great lessons in there for American foreign policy, so read on.

I recently updated to FireFox .9, the latest and greatest web browser from Mozilla.org

I then installed Bookmarks Synchronizer, a Firefox extension that allows me to synchronize my bookmarks by uploading an XML file to my website every time they are updated.

I wanted to provide a nicely formatted page on my websites, so I found an XSL transform to convert the XML file to HTML on the fly. I then wrote a PHP script which takes an XML file and XSL transform and outputs the processed HTML or XML.
You can view the result of my handiwork here: http://rationalmind.net/bookmarks

If you would like to try this yourself, the code is below:
END_OF_DOCUMENT_TOKEN_TO_BE_REPLACED

This is interesting: a USC researcher has created a robot that will be able to build an entire house in hours, without any human intervention. The NSF-funded project might be more PR hype than fact, but if legit, it may be the beginning of a revolutionary new way of building low-cost, custom-designed houses.
It’s interesting to see how prevalent the environmentalist and socialist propaganda is in that article alone: It spends several paragraphs praising the federal programs that subsidized it, the “environmental characteristics” the “highly-insulating” properties, the benefits for “low-income housing”, the potential applications on “Moon or Mars”, and the easing of “pressure on congested transport systems and cutting transport-related air pollution.” Is this a sign of government-sponsored research, government-funded publications, or a response to the anti-industrial attitude?

During my lengthy and extremely boring graduation ceremony last year, I passed the time by snickering at the thesis topics of the liberal arts majors. The topics I saw were typical of the BS that passes for research in the humanities these days: critical (Marxist) theory, obsession with sex, and “ethnic” (anti-Western) studies. I was reminded of them by Mike S. Adams recent column on the bullshit topics academics specialize in. I decided to check out my own Texas A&M’s departments, and found much of the same. The biggest bullshit-generators in academia are the political science (something I have four years of firsthand experience in), philosophy (which has been mostly reduced to nonsense) sociology (which is not even a valid concept), and especially the English department, which tends to be the farthest removed from reality, having little or no training or reliance on scientific rigor, logical thought, or historical lessons.

For you students: have you ever checked your what passes for research in your school’s humanities departments? END_OF_DOCUMENT_TOKEN_TO_BE_REPLACED

This is kinda interesting: the last surviving widows of the Civil War on both the Union and Confederate sides died within the last year. For the historically challenged, the war ended in 1865, 140 years ago.

I decided to clean up my bookmarks a few days ago, after accumulating nearly 2000 links over seven years of web surfing. The growth of my bookmark list has dropped drastically lately, because Google makes finding sites so easy that I rarely bother to save them anymore. Anyway, I trimmed the bookmarks to a manageable 600 and uploaded it for my (and your) reference.
You will notice that I have few blogs in the list, because I manage those separately in my RSS reader. You can also get an OPML list of the right-side links on my blog. Also of interest: if you want to speed up your PHP website, I have some tips for you. 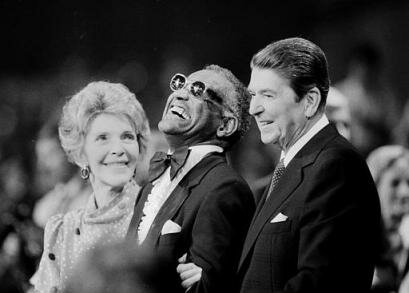 You won’t find a glowing tribute to President Reagan on this blog. He was a champion of liberty and free markets in words, but not in deeds or on principle. He may have hastened the end of the Cold War, but he certainly didn’t “win” it. I believe that his chief virtue is what many commentators call his “optimism.” What they leave out is what he was optimistic about – freedom and the moral certainty in American ideals, – as opposed to welfare statism and internaltional multilateralism. And now for the quotes:

“Freedom is never more than one generation away from extinction. We didn’t pass it to our children in the bloodstream. It must be fought for, protected, and handed on for them to do the same, or one day we will spend our sunset years telling our children and our children’s children what it was once like in the United States where men were free.”

“There are no such things as limits to growth, because there are no limits on the human capacity for intelligence, imagination and wonder.”

“Let us beware that while Soviet rulers preach the supremacy of the state, declare its omnipotence over individual man, and predict its eventual domination over all the peoples of the earth, they are the focus of evil in the modern world…. I urge you to beware the temptation … to ignore the facts of history and the aggressive impulses of an evil empire, to simply call the arms race a giant misunderstanding and thereby remove yourself from the struggle between right and wrong, good and evil.”

“Music was one of my parts… Like my blood. It was a force already with me when I arrived on the scene. It was a necessity for me – like food or water.”

(On Addiction) “I did it to myself. It wasn’t society… it wasn’t a pusher, it wasn’t being blind or being black or being poor. It was all my doing.”